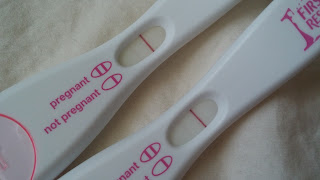 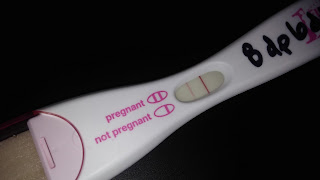 Oh no! Just got back in town and saw your post. This is just sooo sad! Hope you've had some 'good' bad news at your appointment today, in the form of a 0 beta and no further complications. Thinking of you!